Thanks for taking the time to review us! How did we do?

We appreciate all feedback!

Which location did you visit? 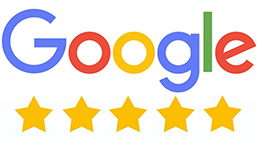 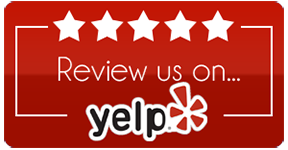 Most Common Types of Glaucoma

Primary Open Angle Glaucoma (POAG) affects approximately two percent of all Americans, making it the most common form of glaucoma in our country.  Glaucoma affects 3% of patients of patients over the age of 50 and 23% of patient's over 75.

There are generally no symptoms associated with POAG. The pressure in the eye slowly rises without producing pain. This type of glaucoma often goes undetected. Most people do not realize that they are slowly losing vision until the later stages of the disease. However, by the time the vision is impaired, the damage is irreversible.

People at highest risk are those with any of the following:

Glaucoma is a slow progressive eye disease. Most patients who have early or moderate glaucoma do not have symptoms.  These are symptoms one may encounter as it progresses:

There is no cure for glaucoma at this time, but the disease can be slowed or arrested by reducing the intraocular pressure. Generally the first treatment options would be medications or eye drops that lower intraocular pressure or argon laser trabeculoplasty. It is crucial to take medications as prescribed by your doctor to prevent vision threatening damage.

Surgical intervention is another option. The main goal for surgery is to create a pathway for the fluid in the eye to pass, thus lowering intraocular pressure. Click here to learn more about glaucoma treatment.

Narrow Angle Glaucoma is also known as acute angle glaucoma or angle closure glaucoma. This type of glaucoma is much less common than open angle glaucoma It is also more dangerous because intraocular pressure can rise very quickly, leading to rapid damage of the optic nerve.

No, the causes are different.  Fluids produced in the eye flow over the lens, through the pupil, and into the anterior chamber of the eye. The fluid then flows out of the eye through what is known as the trabecular meshwork, a spongy network of tissue. In narrow angle glaucoma, this route gets blocked. When this happens, the normal flow of fluid is restricted and this results in a rapid increase of the intraocular pressure.

Whether you have risk factors or not, we will determine if you have a narrow angle as part of a routine eye examination.

Because of the potential for rapid and permanent vision loss, treatment for angle closure glaucoma is designed to rapidly decrease intraocular pressure using some or all of these treatments: